Mr. Senshan Yang, Chairman and CEO of China Medicine Corporation, stated, "We are very happy with our performance this quarter, which marked a successful period of transition for us as we move from a pure pharmaceutical distributor to a vertically-integrated pharmaceutical enterprise. We are especially pleased with the improvement in gross margin, which was mainly driven by a product mix shift within our distribution business and the revenue contribution from our LifeTech proprietary products. Additionally, our addressable market in continues to grow, and our efforts to capitalize on this growth are progressing very well.  We believe that we are well-positioned to be a leading consolidator in this fragmented industry and we’ll strive to work responsibly and aggressively on behalf of our shareholders.”

The Company will hold a conference call on Friday, August 13th, at 8:.m. U.S. Eastern Time following the announcement.  Listeners may access the call by dialing the following numbers:

Listeners may access the replay through August 27, 2010 by dialing the following numbers:

GAAP results for three and six months periods ended June 30, 2010 and June 30, 2009 include non-cash gains and expenses related to change in the fair value of the Company's warrant liabilities and a deemed preferred stock dividend related to outstanding convertible preferred stock issued to OEP. The non-GAAP measure provides a consistent basis for investors to understand our financial performance in comparison to historical periods without variation of non-recurring items and non-operating related gains and charges. In addition, it allows investors to evaluate our performance using the same methodology and information as that used by our management. Non-GAAP measures are subject to inherent limitations because they do not include all of the expenses included under GAAP and because they involve the exercise of judgment of which charges are excluded from the non-GAAP financial measure. However, the Company compensates for these limitations by providing the relevant disclosure of the items excluded.

China Medicine Corporation, a vertically integrated enterprise with a research and development centre, manufacturing facility and well established sales network, engages in the production and distribution of prescription and over the counter ("OTC") drugs, traditional Chinese medicine (“TCM”) products, herbs and dietary-supplements, medical devices, and medical formulations in . The Company is developing a number of proprietary products for a variety of indications, including oncology, high blood pressure and toxin removal from food and animal feeds. For more information, please visit the Company's website at http://www.cmc621.com.

This press release contains forward-looking statements concerning the Company’s business and products. The Company’s actual results may differ materially depending on a number of risk factors including, but not limited to, the following: general economic and business conditions, obtaining regulatory approval for new products, government support for rural health care, competition from existing and new competitors, changes in technology, and various other factors beyond its control. All forward-looking statements are expressly qualified in their entirety by this cautionary statement and the risk factors detailed in the Company's reports filed with the Securities and Exchange Commission. China Medicine Corporation undertakes no duty to revise or update any forward-looking statement to reflect events or circumstances after the date of this release. 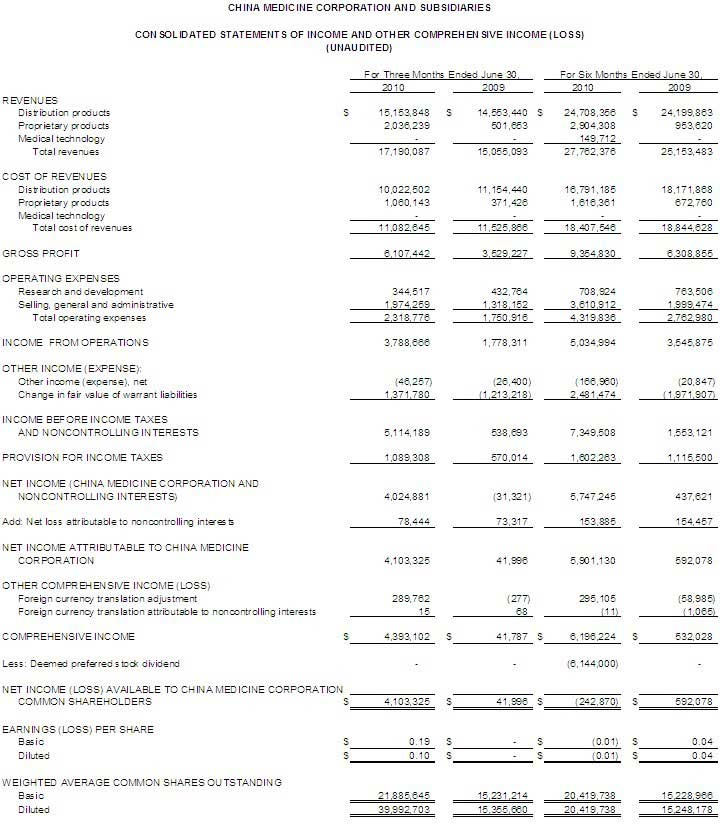 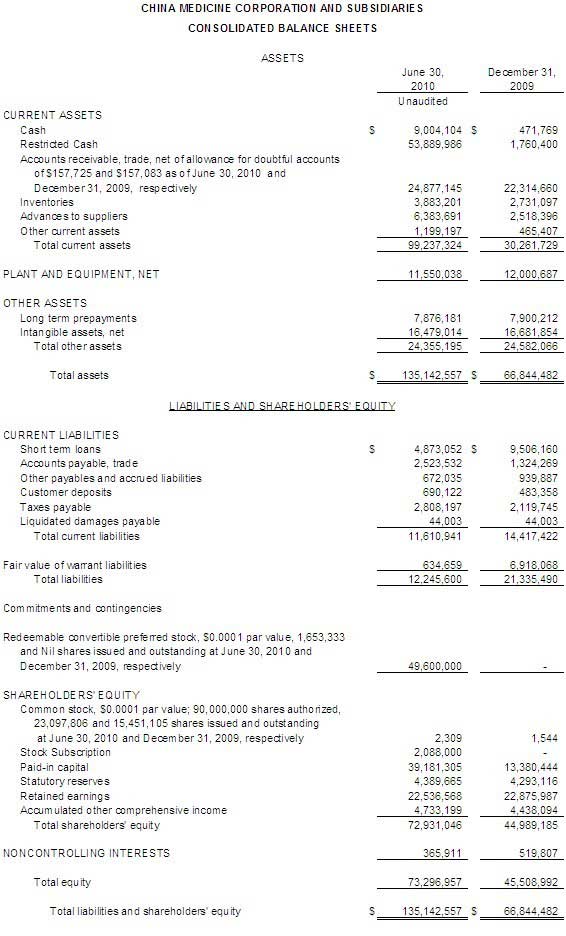 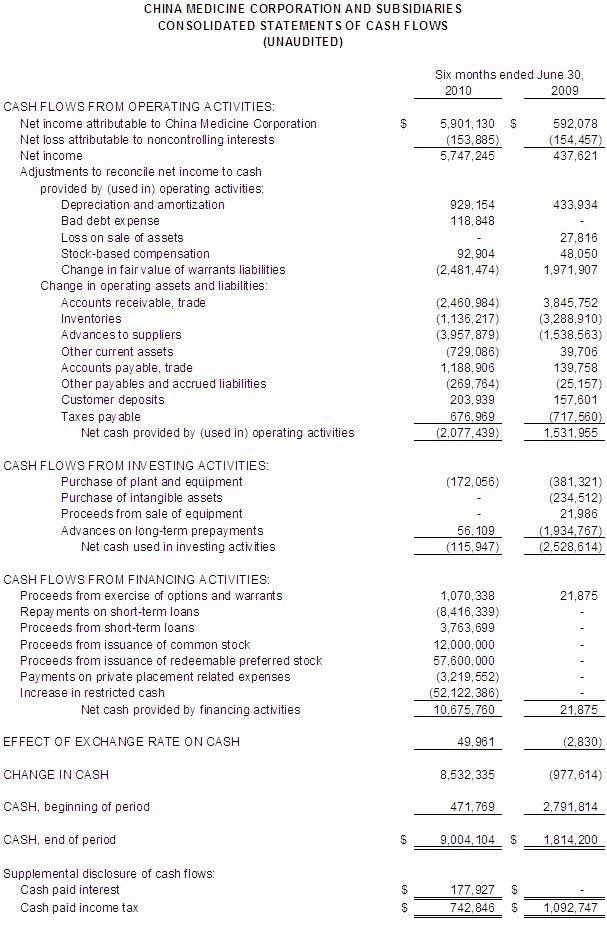